We Have Began a Fully Web-Based Solution for Live Dispatching!

For a while Allen Productions had been doing technical related work for One of the Largest Towing Companies in California working in the dark behind the scenes for over 10 years now on an as-needed basis work ranging from Professional Electrical Engineering, Custom Hardware / Software Design, to High End Surveillance & Web Development etc! (It doesn’t stop there, but we wont keep rambling…)

The company had been with a windows DOS based version for quite a while now, possibly longer than when we joined them, and throughout the last year or so dispatchers, the owner, and even employees mentioned to us that they are already out-growing their current software with constant purging & networking issues, mobile issues, remote access problems from multiple locations, printing etc. (For those of you with similar issues we would also like to hear from you about your problems too! Don’t stay quiet!)

So with that the owner came to Allen Productions Inc. and asked if there was a solution to these constant problems, and as always, we had a solution, and that was to create new software from scratch! We had to move forward and be as future-ready as possible, while being very simple, and not work backwards with limiting software! We began thinking of ways to organize and write the software.

The software had to cover all aspects of towing for a large operation, which would include:

We even worked on parts of it with a great partner and friend, Rick [he is an ex Nasa & JPL Labs Developer & Programmer], and together we chose to make it a web-based solution, where data is stored in a centralized manner at a Reputable, Secure & Reliable Datacenter! Another reason why we chose to make it a web-based solution was the ability to view the interface from ANY DEVICE without an app whether it be an: i-Phone, i-Pad, Android, Mac, Tablet, Windows (PC), from which you can access even in your trucks provided you have internet in them & More!

We believe at this point, we are the first to introduce & write Fully-Web-Based Software Solutions for the Towing Industry, there are a few others, they all do a great job, but our software is quite different, it is totally going web-based (future-ready), the others are “application oriented” when it comes to mobile access. At first this project began as a little demo / test for the company, then it became a reality and we saw the great potential of how this software we created would greatly help the Towing Industry, and we wanted to start our own version of this software and make it available to the whole towing industry, possibly geared for large operations for having multiple locations etc, but also at a great price point without nickle & dimeing our clients for features!!
Being Totally Web-Based means as the owner / employee of your company you can see all your calls at the dispatch screen the same way your dispatchers see it in the office via ANY Device! NOT a separate app that looks different and has limited functionality, but also access / search / enter information, and it makes it easier for you to integrate with other software if you decide to have custom software written in the future!
We have already began a VERY SIMPLY TO USE and Very High Speed Interface, and it’s already working with some Auto Clubs automatically capturing calls automatically in split-second time frames & correctly entering call information for you! Also the ability to text driver’s call information to any phone carrier not only Nextel’s, we were also one of the first people to introduce this technology to the towing industry.

So with that, we would like to get some feedback from you towers in the industry, small or large, what would you like in the software? There is no such thing as “too large” or “too little” for us, we have worked on web applications for Fortune 500 Companies & Small Businesses alike, some for which we cannot disclose information about because of NDA’s with the respected companies.

A FREE DEMO of what is completed so far, can be provided, ANY TIME, and YOU DO NOT NEED TO INSTALL ANYTHING, you just need internet! An i-phone, i-pad, Andriod Phone, PC, Mac, or Tablet just about anything will do, how about that huh?

We noticed many of you folks these days especially the older crowd go by “if it aint broke, dont fix it” or some just like sticking to one thing without looking left and right, the future calls for people to look left and right! We just want you guys to HEAR US OUT, to see what our software can do for you, and what we have to offer, we’re not the pushy type to push you to buy our software, our income is from other sources and will NOT only be from software development for the towing industry, but what we can tell you is that if you take the time to have a look at our software, your most likely going to fall in love with it, just like almost everyone else that we have shown in the industry so far! We gave a very quick small preview of it at the Tow Show in San Diego for those of you who were there!

If we see at least 8-10 large multi-location companies committed to using our software, we will begin to Commercially Develop it and devote a lot more time into it!

We look forward to hearing from EVERYONE in the towing industry, as we want it to be built for you guys, if we don’t include it in our program now, we’re going to bill you accordingly for custom programming later! 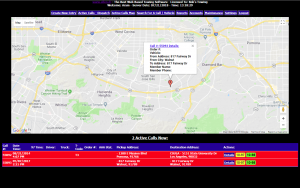 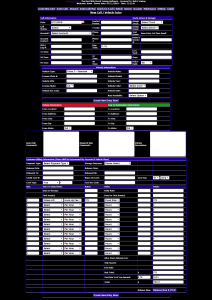